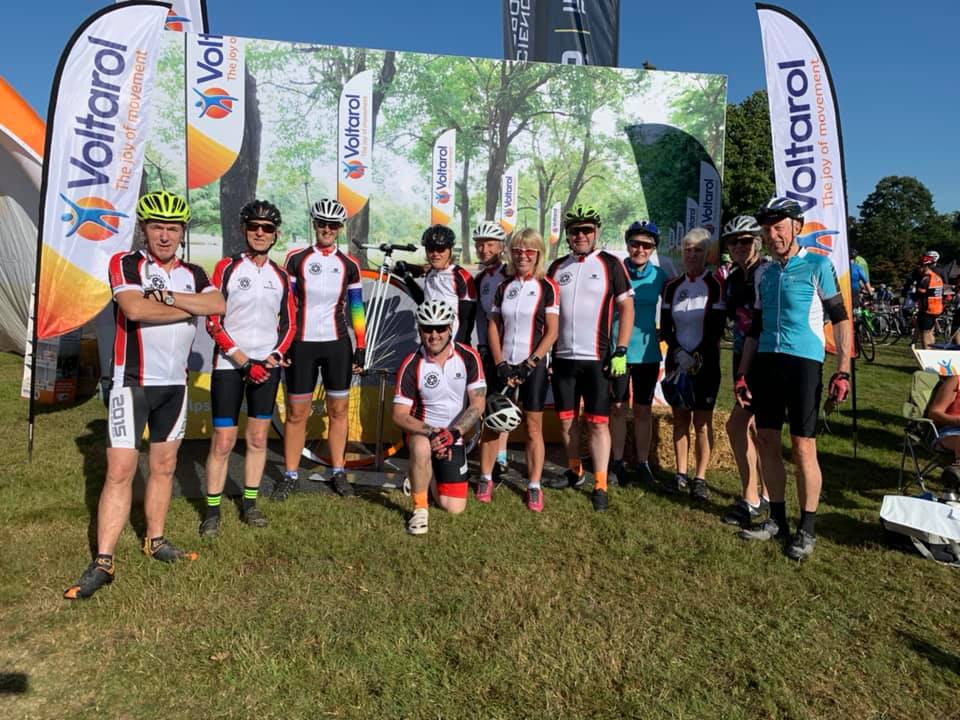 A mass gathering of Honiton Spinners celebrated the end of the summer season at the UKCycling New Forest 100 on Saturday 14th September. The first challenge was to find the entrance to the splendid grounds of Somerley House near Ringwood. Once the long, snaking gravel track was negotiated, bikes united with riders and the front of the long queue finally reached, 18 Spinners plus former members set off on a fabulous tour of the New Forest lanes, with the added interest of cars, horses, cattle, tractors and deer.

Liz and Rod completed the 100 mile Epic route in excellent times, Liz achieving a Gold time and Rod, having taken a wrong turning, only just missing out.

John secured a well-deserved Gold on the 59 mile Standard route, proving that there’s plenty of life in the legs still. Roger, Suzanne and Pete completed their first ever sportive in fine style and the group of 11 Spinners who rode together caused such a stir as they flew over the finish line together, that they were interviewed by the local press!

Completing the line-up was Jackie who completed the 30 mile Short route with a friend.

Everyone enjoyed the well-organised event – especially the jelly beans and cake at the food stops – although they were a bit bemused by mention of ‘hills’. Where were they?