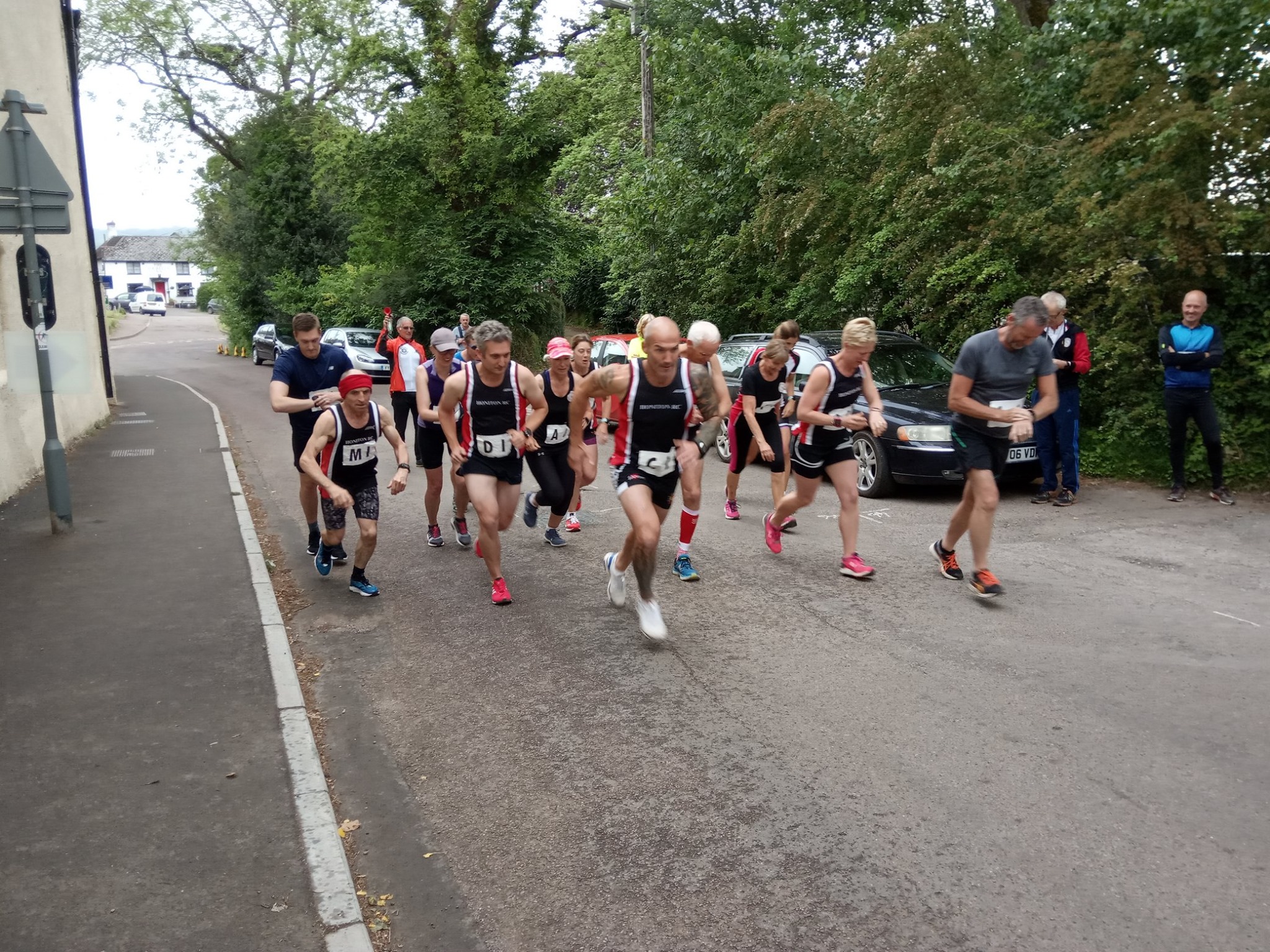 Payhembury was the venue for the second Honiton Running Club and Honiton Spinners inter-club duathlon, which took place on Sunday 2ndJune. The big questions of the day were who would take First Lady and First Man as Sherrie and Marcus were unable to replicate their successes of last year, and who would win in a Spillers v Ferris re-match.

The routes took runners and cyclists around the undulating lanes around Payhembury. Despite the gloomy weather, the runners managed to stay dry for both the 6K (3.82m) and 3.5K (2.41) runs, but the cyclists caught a heavy rain shower during their 24K (15.42m) middle leg. There were 23 participants, the same as last year, with Rod Inglis, Katy Lancaster and Hannah Brown completing both the runs and the ride. There were also four female teams, four male teams, and two mixed teams. Although he had a leisurely chat during the transition, Rod stormed home to win the Solo Male prize and Katy managed to stay ahead of Hannah to win the Solo Female prize. Paula Ferris joined forces with Suzanne Spiller to win the Female prize, whilst Jay Sweetman and Mark Newson left everyone else far behind to win the Male prize. Meanwhile Alisdair, who discovered a few minutes before the start that he was competing in the first run and the ride, and Esme Moffett shared childcare duties and won the Mixed prize.

The two clubs kept up the tradition of providing delicious cakes and refreshments, which were served by Kathy, Angie and Oliver.

It was a fun, social occasion and thanks go to Roger Saunders, for all the organisation, supported by John and Jennie.

The two clubs will make a contribution to the school as a ‘thank you’ for the use of the playground.